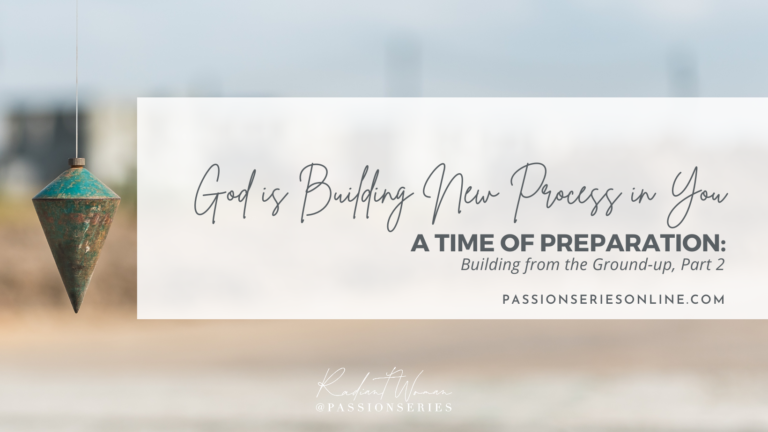 A Time of Preparation, IV: Building from the Ground-Up, Part 2

From the series, God is Building New Process in You. As we discuss A Time of Preparation, the first segment of the ‘Building’ series, we discover the necessity of learning how to become prepared as God moves us into new seasons defined purpose.

The plumb line was a measuring tool that brought balance to God’s people. It restored righteousness in His kingdom and was effective at bringing correction to the things that were out of line. Since a plumb line can only hang in perfect alignment, it calls attention to that which is not in alignment. Therefore, a Holy plumb line is always in perfect harmony with God – and this should be our position in Him as He builds new process into us as well.

This Holy plumb line was used to reveal the things that were out-of-sync with God’s standard. When God uses such a tool, He intends to separate and create a systematic movement in the lives of His people through rebuilding or building a new process in them.

Zerubbabel was entrusted with the completion of the temple – he was called to lay the foundation and also to finish the process by applying the final capstone. When the time comes, God will equip you for the task, and He will give you the tools and resources necessary to complete the job. As He gave Zerubbabel the plumb line, He will assign to you your tools as well.

“Do not despise these small beginnings, for the Lord rejoices to see the work begin, to see the plumb line in Zerubbabel’s hand” (Zechariah 4:10 NLT).

As we walk through God building new process in us, there are yet many small pieces that make up the finish. Although they are yet small components, they are meaningful to the big picture that God wants us to see.

Friends, I Have God’s Affirmation, and So Do You!